August 17, 2016 · Projects
5
Within the Pit is a surreal Film Noir written by Leon Pietsch, whose idea came from a dream. The film tells the story of a head doctor in a psychiatric clinic, his relationship to his patients and his peculiar world view. When a monkey settles down in the clinic's cellar, the doctor's world is turned upside down. For this monkey does not merely spend his time eating bananas, but is also working on his doctoral thesis about Camus.

Slowly, an increasingly dense atmosphere of madness is building up, offering only unsettling answers to the viewers' questions.

The black and white film complements the doctor's consciousness with abstract ink drawings by Laurenz Lin Sill. The atmospheric piano soundtrack was composed by Jan Felix May.

“Within the Pit” is Laurenz Lin Sill's and Leon Pietsch's first film and represents their debut at Cannes 2015.

You have the doctor who meets a talking monkey. And this confrontation results in the doctor's crisis. I think, he goes mad in the course of the film, he himself, brutal and totalitarian.


A monkey, who wrote a dissertation on Camus. A monkey, who slept unclothed in his filthy stable. This monkey settled down in the cellar of my hospital. 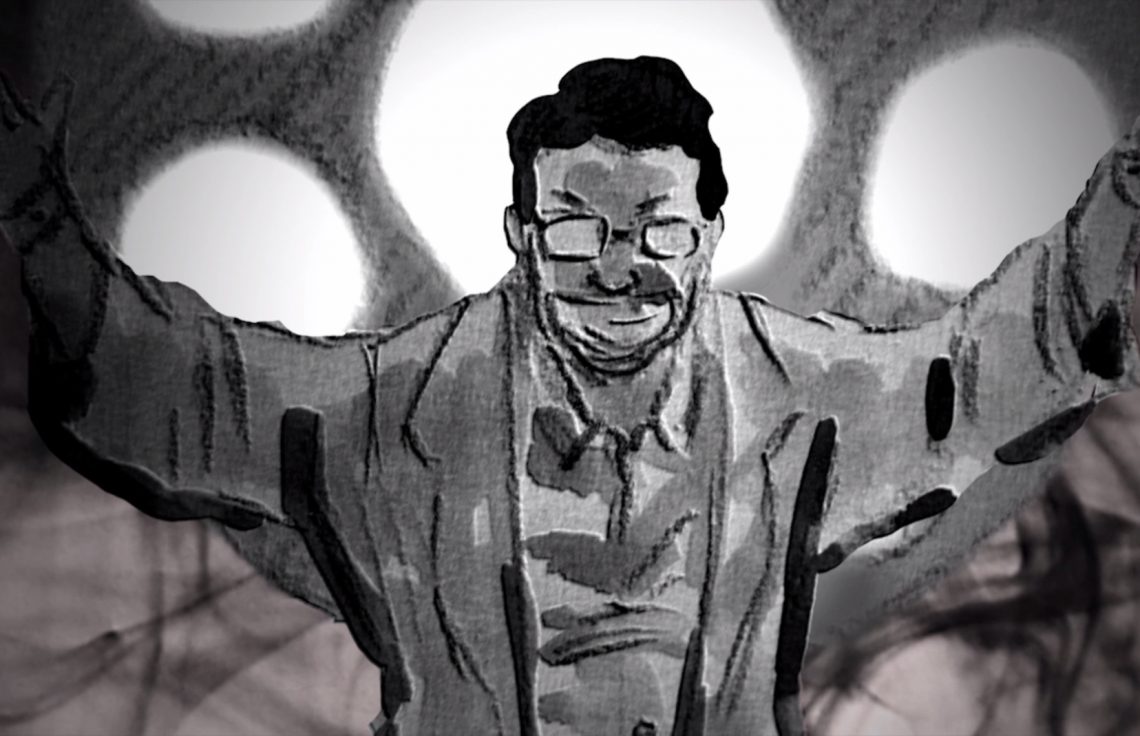 Our movie in media

The movie in full length