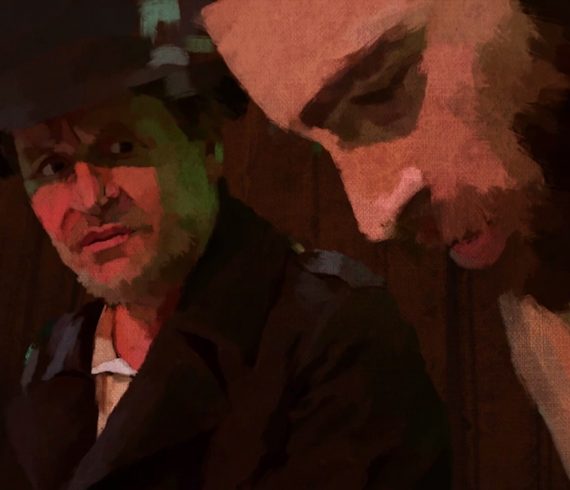 by Olga Morskov· October 15, 2016· in Presse· 0 comments tags: Cannes, FRIZZ, In der Magengrube, Interview, Mainz, Saloon Nothingness
Elena Reinhard led an interview about our group for Frizz Magazine (page 12) Since the original entry is only available in german, we provide a translated version.   Article: Mainz in Cannes Whoever thought that only stars from Hollywood’s film industry meet up at the International Film Festival in Cannes is mistaken. A small crew of filmmakers from Mainz was able to present its short films this year and the year before. “In the Pit” and “Saloon Nothingness” are the productions by young director Laurenz Lin Sill and screenplay-author Leon Pietsch. While the 21- and 22-year olds presented their film 2015 with only a crew of four people, this year their number has risen to 50 collaborators. “Both times we applied for the festival’s ‘Short Film Corner’,” tells Leon. “Both times we were accepted.” In the “Short Film Corner” filmmakers from all over the world meet up to present their films and to exchange experiences. “Cannes is like a big party where you meet incredibly interesting people and socialize,” says the 21-year old. Sometimes one can even catch a look on film stars. “Sure, it was an exciting experience but we try to not overrate it. The things that really […] Read More